Starting off easy.... I also wanted to post this as close to Halloween as possible before it starts becoming super un-relevant. In the three Halloween's I've had at home since I got back from China, I have made three super geeky pumpkins. In 2010 I made the Tree of Gondor, in 2011 I made a Darth-o-Lantern, and this year I made a Serenity pumpkin. 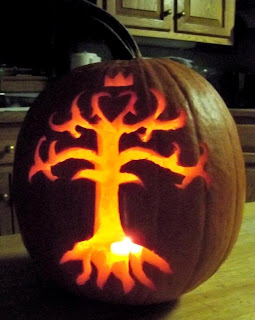 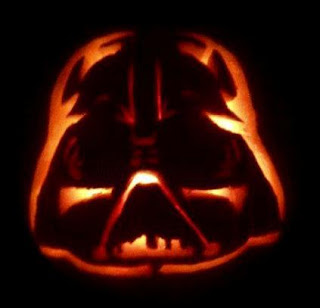 Firefly is one of my favorite shows, largely because of the quality and awesomeness of the show itself, but also because of the memory and fun folk attached to it. It serves as an instant bonding point for a lot of cool geeky people when I first meet them ("You love Firefly too? How much did you love the episode where...."). After a bit of searching for ideas for what geeky thing to carve into my pumpkin this year, since I had obviously set a precedent, I saw a picture of Serenity...the ship.

To be clear to the uninitiated, Serenity is the name of the ship from the show, and it is a Firefly-class spaceship. Hence why the show is called Firefly and why the movie was called Serenity. 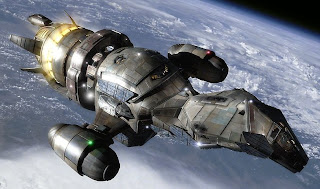 ANYWAY! I thought it came out ok. I am still working on my partial carving technique (as in, carving off the top layer of pumpkin-ness without going all the way through). It needs work. Please bear in mind it looks much cooler in person but I am still getting used to my new cellphone's camera. 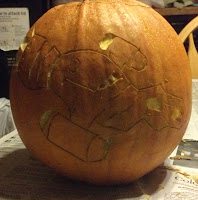 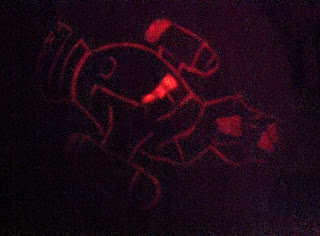 I had to put two candles in so that it was bright enough inside to show off the design. And I was wondering why it seemed to be getting dimmer while I was trying to take the picture when I realized the carving was so thin that there wasn't enough oxygen flow inside and the candles were dying! I laughed at myself and my forgetfulness regarding basic fire science before carving a quick face in the back of my pumpkin for airflow.

Now...what should I carve next year?
Posted by Stephanie/Sproffee at 2:25 pm