So last NaNoBlogMo I made up a Hobby Bucket List. And I have made pretty much no progress on it. In fact, due to my extremely slow progress on the knitting chainmail and the fact that I taught the friend I was working on it with how to knit himself, that's something I'm not working on anymore. I did paint one whole picture between the time that list was created and now, but it was not of the sunset. I haven't cooked any duck or written any books. I did make some decent progress on a sweater blanket, then abandoned it after my sewing machine needle broke. I do plan to get back to it though.

There are some hobbyish things that I didn't mention on my list that I did do this year...this month actually. I went sky diving for the first time and completed my first 5K.

Despite all this, there are some other hobbies I want to add to my bucket list. 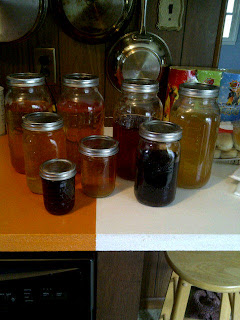 Gonna start with a relatively easy one. This summer I went to an amazing Hobbit themed party hsoted by two of my favorite people in the world, Rose & Jesse (for whom I made my first ever quilt, and Rose also encouraged me to paint more). As part of the smörgåsbord (never used that word before) of amazingness at the party, they also had jars and jars of homemade cordials of varying flavors. They. Were. Awesome. I think I had more than my fair share between pre-party taste tests (we had to make sure they were good for the other guests, of course) and then throughout the night. I can't even pretend I feel shame at how much of these tasty cordials I imbibed. According to Rose & Jesse, they are relatively easy to make, they just take some time and some patience, and some ingenuity and testing to figure out what alcohols/fruits work together best in which quantities. I've considered before making homemade boozey drinks, but I don't have interest in making my own wine or homebrewing beer...so cordials seem a good way to go. 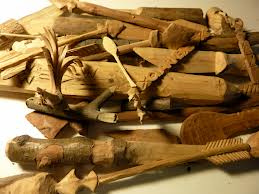 Whittling is something I have had an interest in for a while. I remember being relatively young, en route to go camping with my parents and I must have mentioned wanting to try woodcarving. At the next gas station/rest stop, my father bought me a pocket knife. I spent the nights of that camping trip happily making various pointy sticks (about all I could manage). Now that I am older and have more patience, I'd like to give whittling a real try. It mixes two of my favorite things in the world, wood (what is more lovely than a beautiful natural woodgrain?) and blades.
﻿﻿

﻿Spare me any jokes about underwater basketweaving, please. I think a lot of crafts, especially the ones I enjoy and do the most, involve a lot of weaving. Knitting is just weaving with needles. Chainmail is just weaving with metal. I love watching the originally seperate and unconnected materials coming together to form a whole. While I don't expect I'd ever do it more than once or twice, basket-weaving is something I would like to try. I remember a former boss of mine telling me how fascinated he was that a "young person" like me is so interested in these "extinct" hobbies. Yes, I know that there are machines that can knit and spin yarn and weave baskets better and faster than I can, but does that mean I am not allowed to do it too if I enjoy it? We have cameras now...does that mean people should stop painting? 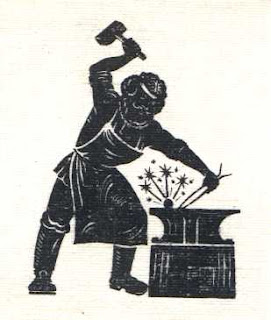 Last, but certainly not least, is blacksmiting. Actually, if I had to choose to try just one hobby from this list, it would be blacksmithing. Its so different from anything else I have ever tried. I remember watching blacksmith demonstrations at Old Sturbridge Village, Mystic Seaport and the Big E and thinking "I want to try that". I'm not sure why it fascinates me so much, and in practice I imagine its ridiculously hot (and I don't like the heat) and tiring (though I have been lifting weights recently). I don't imagine its something one can just "dabble" in. Someone can easily buy some cheap yarn and plastic needles and teach themselves to knit a few rows. I can't exactly pick up a "My First Forge" kit from my local craft store for a few bucks. At this point, I doubt I have the free time and/or money to try out blacksmithing, but it has been and probably while continue to stay at the back of my mind as something on my hobby bucket list.
Posted by Stephanie/Sproffee at 2:08 pm