For Sea Tea Improv's monthly shortform shows at the City Steam Brewery Brew-Ha-Ha Comedy Club, we will, at times, have a theme. For example, every year since I have been a member (I'm not sure about beforehand) we do our October show in Halloween costumes. My first year I dressed up as "the ocean" (my least favorite costume), complete with felt sea creatures, blue hair and a skirt made of a net. My second year I went as Frida Kahlo, complete with fancy skirts, black hair with roses and a unibrow. Most recently (and my favorite by far), I decided to poke fun of the increasing "sexy-ifying" of every female Halloween costume and went as Sexy Benjamin Franklin, complete with fishnets, balding hair and a cravat. Very very sadly, I have no picture of that costume.﻿
﻿

When we do decided to do a theme we take it to heart and it often effects different aspects of the show. This summer, Julia decided she wanted to have a "Camp" based Sea Tea show.
As regular audience members to our shows might notice, we have stopped wearing our Sea Tea shirts for our City Steam shows, though we still do wear them for some other gigs. When Julia mentioned doing a "camp" themed show, the possibility of wearing our shirts came up as a way of making us look like uniformed campers. Which is when I, in my usual craftiness and taking-on-too-muchedness, got super excited about making "Camp Sea Tea" shirts. ﻿﻿I bought stencil material, designed how I wanted the image to look (with our logo proudly centered), penciled it on and then proceeded to cut the stencil out with an exacto blade tapped to a pencil. I am not kidding. I found a bunch of replacement blades but no handles/bladeholders/whatevers, so I McGyvered myself one. (I have since bought my own exacto knife since I can never find one in the house when I need it). 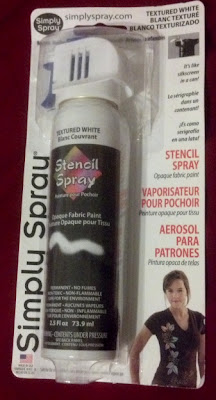 I could not find any stencil spray glue when I had gone to the store to get other materials, so as a make-do replacement I used hair spray to temporarily adhere the stencil to the t-shirts. I bought white spray fabric paint to use, but since the hair spray wasn't keeping the stencil completely flush with the fabric of the t-shirt and the spray was coming out rather....drippy....I decided against just spraying the paint straight on. What I ended up doing was spraying the paint thickly onto a wad of paper towels and then dabbing the paint soaked paper over the stencil. It took longer and probably wasted a good deal of paint just loading up the paper towels, but it gave me better control and I think the results came out pretty well. I ended up making more camp Sea Tea shirts for another event and that time I had spray stencil glue, but I still ended up using the "dab with paper towel" method. I also learned quickly that I needed to put some newspaper between the front and back of the tshirts or it would bleed all the way through.﻿
I am happy with the results. I originally imagined something more polished (as I pretty much always do with no matter what project I am working on), but my troupemates seemed to like them. We made ourselves extra "campy" with plaid shirts, shorts, boots, hats, bandanas, etc. Personally I put my hair up in pigtails and put on all the frienship bracelets I could find among my jewelry. The show was a lot of fun too with Julia as our conselor. Hopefully I'll find another excuse to wear my camp shirt soon, but considering that its currently snowing out I think I'll have to wait quite a while.